Rumour has it that Warwickshire's first ice routes were put up during the 'Beast from the East' of Feburary/March 2018. An ice fall formed on the  Avon Aqueduct which carries the Grand Union Canal over the River Avon (GPS Coordinates). Two lines were top-roped.

The Main Wall (WI-4+) - The wall of ice to the hideous mantel moves. Properly easier if there is 'ever' more ice?

The Corner (WI-4) - To the right of The Wall, in the corner. Steady climbing leads ends with a crux mantel move.

The aqueduct is also known for being the location from which J. M. W. Turner made a sketch of Warwick. 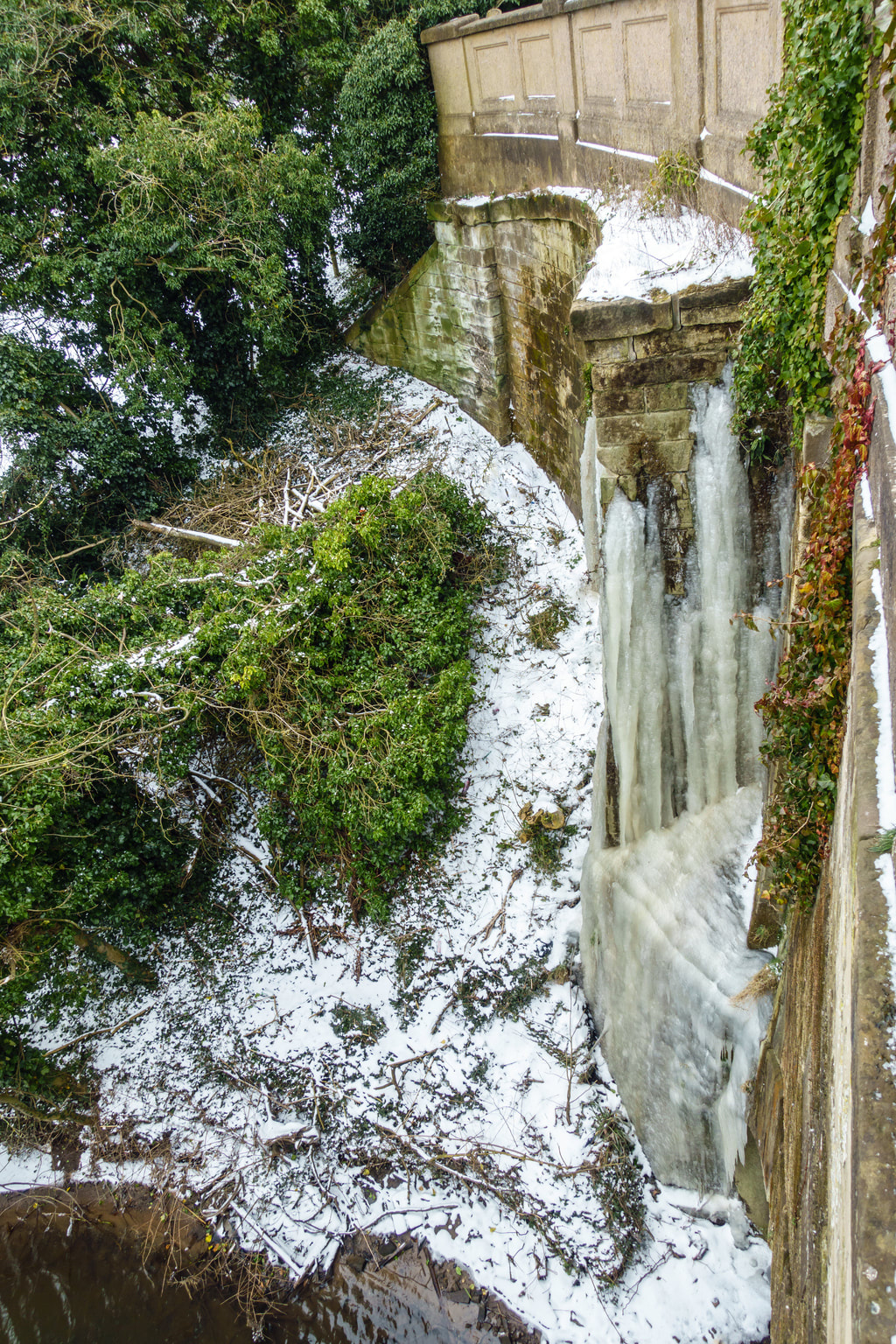 Photos copyright to an anonymous contributor.

The Avon Aqueduct takes the Warwick and Napton Canal over the River Avon by means of a heavy three arch sandstone aqueduct, erected in 1799. The concrete parapet was added in 1909.

There are four seasons of the year. For real climbers there is only one - Summer. Of course, there are also idiots who climb in Spring and Autumn as well. There are even bearded types who don weird apparel and climb in Winter's snow and ice - utterly mad, all of them.